I’m not Superwoman, and that’s okay. 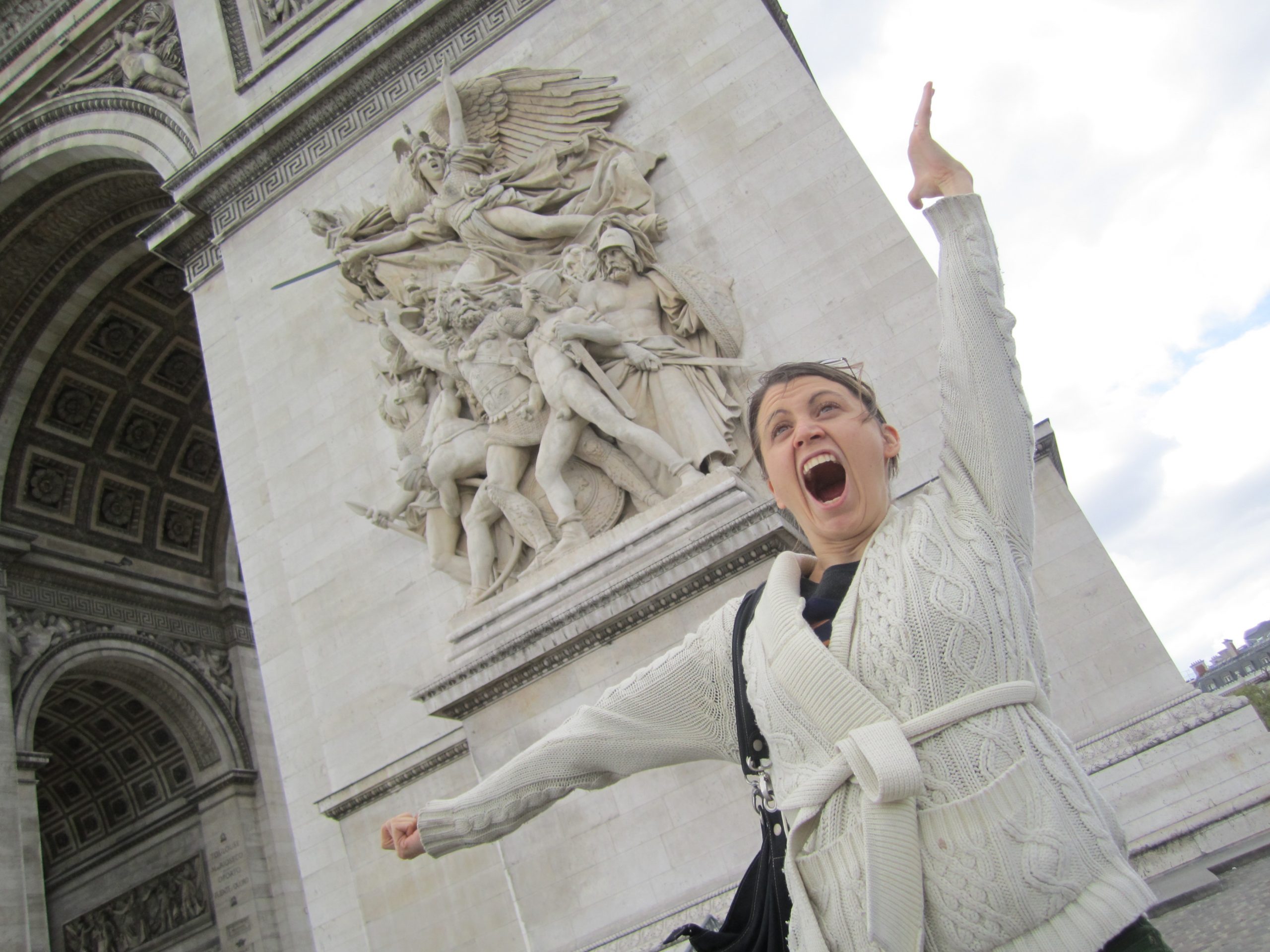 I am not a planner. Even as I write those words, that feels like an odd thing to say or admit. My youth was full of me being fairly regimented and compliant. I did everything that I was supposed to do. In school, I completed every assignment and did every reading, no matter what. Even if it meant going to bed at 1am, when I had to get up the next day at 5am. When I started to get serious about dance and was taking class up to 3 hours a day, I never made choices, I always did both things. To top it off, it felt completely unacceptable for me to show up for anything with less than 100% effort.

So, how was I able to show up fully when I’m not a planner? I’m a textbook Obliger. If you aren’t familiar with the framework put together by author Gretchen Rubin in The Four Tendencies, being an Obliger means that I function or succeed most when I have external expectations. In my case, if you told me I had to do something, I would. Even if I hated it. Even if it would have made more sense to prioritize something that had more value to me (dancing) and maybe not complete my homework (perfectly) sometimes because I actually needed to sleep!!

To make matters worse, I got praised for my work ethic, so I kept doing it!!

Enter the real world and the myth that we can do it all. In my mind, this myth emerged from women’s liberation. As women began to assert their desires to no longer have to make a choice between having a career and having a family, the idea of woman as superhero entered the arena. I was taught, albeit mostly unconsciously, that I could do and have anything I wanted if I worked hard enough. And I never really stopped to question that belief until I hit my late 20s.

A little background … after many twists and turns with my life as I dancer in my early 20s, including injuries and the desire to make a creative life that felt sustainable financially, I found myself exploring acting. The biggest push was an injury that kept me from dancing for awhile. I was determined to use that break to try exploring Film and TV for the first time. I had easy early success playing a teen and for awhile the auditions and callbacks just kept pouring in.

Doing what others told me to was working. I was getting tons of external validation. Yes, I should keep submitting for projects because I was getting auditions. I felt good about my acting because I kept getting callbacks and had a pretty good book through rate too.

I wanted more so … I decided it was time to turn my success into money. I was starting to feel tired from doing all the things, and was wondering if there was a better way. By sheer coincidence, I had also met my now husband, and was starting to think about how to make room for him in my life. Working all the time was no longer an option.

At first, I simply did less. The year I got married, there were certain auditions that were completely off the table because the attached gig either conflicted with my own wedding or honeymoon or my sister’s wedding (yes! she got married the same year.) I gave some of the best auditions of my life! I got more callbacks from open theatre auditions than ever before. I felt happier and more free. Was it the glow from being engaged? Perhaps that was part of it. The more significant piece of it was I had strong boundaries and wasn’t trying to do everything at once. I no longer had unrealistic expectations of myself and I thrived.

I wish I could say that I learned from that year, and continued setting boundaries and making choices. I didn’t.

The next year was rough. I put even more pressure on myself to uplevel my career and make money from acting. Then, I hit a new unexpected barrier. I changed age range …

I was either no longer believable as a teenager or casting trends had moved towards realism (casting actors the actual age of what was on the breakdown). I found myself being constantly asked about my age after the first audition. Although I knew it was illegal for them to ask me that question, I also was hyper aware that evading the question would make it clear that I was in fact not a teenager.

The less I got what I wanted, the harder I worked. I was looking for the external validation that I had received in the past and was no longer getting. The harder I worked, the more difficult things became and I got stuck in a burnout cycle. I was very emotional and it became harder and harder for me to keep showing up.

That piece of me that was looking for another way sent me into a tailspin. Maybe working harder wasn’t the magical elixir to having the life of my dreams.

I’ll admit that that realization alone wasn’t enough for me to change 20+ years of my personal habit. I’ve had phases of my life where I felt totally in the flow and things started to come more easily. But that place of flow can be interrupted so easily, before I know what has hit me. It is still a constant practice to stop trying to do ALL the things with perfect execution and prioritize what matters.

When I feel overwhelmed – which is usually accompanied by huge crying jags and massive resistance – it is my body telling me that I haven’t set clear priorities and that I am putting pressure on myself to achieve unrealistic expectations. I have to ignore the part of me that tells me I don’t have time to plan and re-commit to that process so I can see where I’m overcommitting (unconsciously). Writing it down helps me recognize not only what I’m expecting of myself but how it doesn’t actually vibe with what’s possible, at least for right now.

I don’t like to admit I’m not superwoman. However when I do, I reclaim my power.

Making choices about how I spend my time helps me to move forward, prevent overwhelm and burnout, and achieve far more than I ever can when I try to do it all.

Take a moment and write down what your expectations are or were of yourself in that moment.

Now, look at your list. What are your most important priorities of the things you wrote down? What can you let go of (at least for now)?

I’d love to hear from you in the comments below.

← prev: How can you Embrace Uncertainty? next: How to Build and Embody Your Own Mantra for Letting Go → 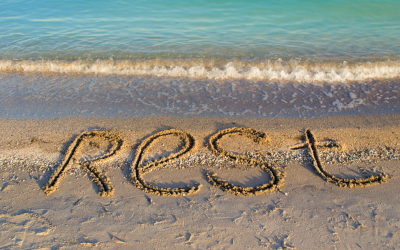 Not feeling ready to dive into the New Year full steam? Here’s some advice on how to fully honor your body’s own wisdom and wisdom during winter.

END_OF_DOCUMENT_TOKEN_TO_BE_REPLACED 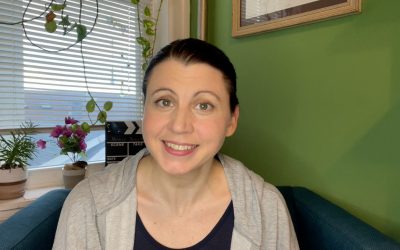 Are you an anxious actor? Try this grounding practice

Feeling anxious on a regular basis? In today’s video, I’ll teach you a grounding practice to sit with and move through your emotion.

END_OF_DOCUMENT_TOKEN_TO_BE_REPLACED 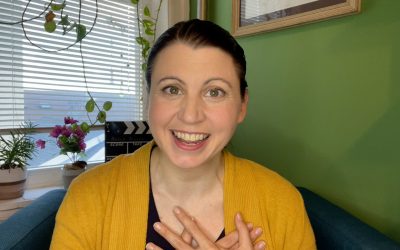 Feeling unsure? How to make a body centered decision

Are you always relying on your head or other people’s opinions in order to make a decision? Learn how to source your body instead.