Discovering a Sense of Play On-Camera 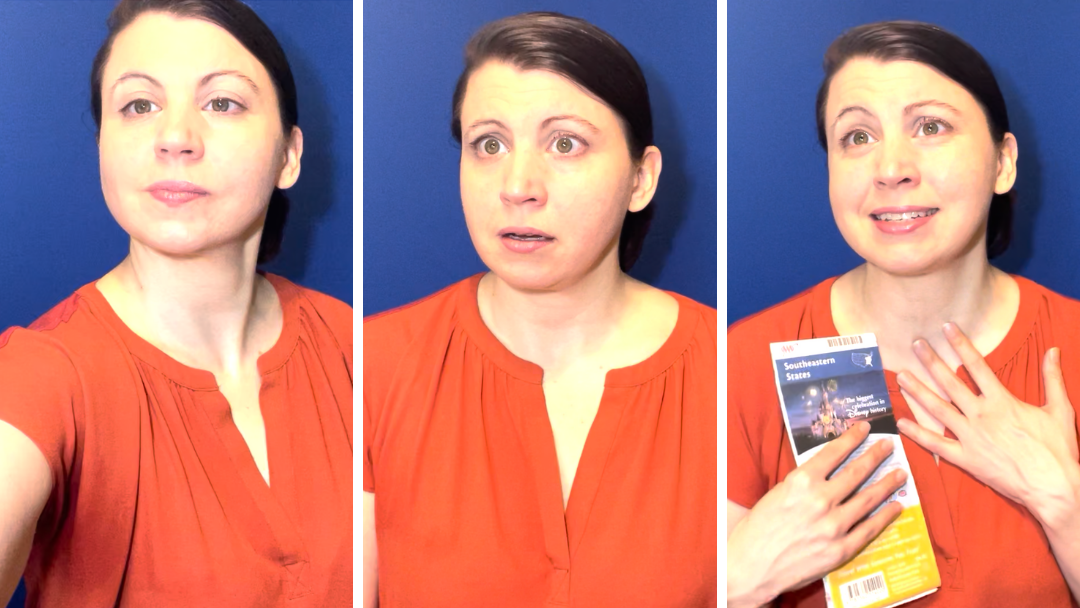 Getting comfortable on camera has always been something that eluded me. In my first on-camera workshop ever, I got the note that I was “too big”. I’d like to say that I “fixed” it and have never received that note again, but that was not the case. This was a note that I got over and over and over again. I think that if I had been given a $20 bill every time I got that note, I’d be rich by now!!

Regardless, like the determined and passionate woman I am, I’ve never been one to let an acting note stand in my way. At least not intentionally.

Each time I received a note, I tried my hardest to deliver. Funny thing, the more I tried to take the note that I was “too big”, the more insecure I got, and consequently my work became less grounded (and bigger still). I got so hyper conscious about not being “too big” that any attempt to work on camera felt rigid and stiff. I started to pre-plan my performance within an inch of its life and practiced my lines until I felt numb. Yet when I walked into an audition room or an on camera class, I often froze. In my attempt to get it right and give people what I thought they wanted, I lost sight of the entire reason I was acting in the first place.

When I first stepped into acting class about 15 years ago, I let loose things I had been holding onto for years. It was finally not just okay to feel and express my emotions, it was lauded. Where the dance world hadn’t shown me much favor from being “too short”, in the acting world, I felt my uniqueness, including my size was an asset. My spunky energy was admired and for almost five years, I got to play kids.

Let me tell you a secret … I was a pretty serious kid and in real life was always trying to prove to everybody how smart and mature I was. I was so anxious to “grow up”. When I started acting, in many ways, it felt like I was playing for the first time. I played far more on stage and screen playing a kid or a teenager than I ever had in real life. For the first time, I didn’t feel like I had anything to prove and I got to experience a new kind of joy.

Fast forward a few years, and seemingly overnight, I stopped getting callbacks for those young roles. The auditions for them stopped soon after and career “success” got infinitely harder. I assumed it was because I was uncastable, but in hindsight, I realize that something else was at work. I believed that play was only for kids. My ego told me that to get cast as an adult, I had to stop playing. Otherwise, no one would believe me.

Boy was I wrong. Acting is all about play and the more I tried to get serious, the less success I found.

The past couple of weeks, I’ve been working on my own personal project to get a couple of my Shakespeare monologues on tape. I know that outdoor theatre is returning this summer and I want to be ready!!

In the process, I found myself revisiting my battle with being “too big.” In class, even though it is on Zoom, I’ve been working on my Shakespeare monologues without much regard to how it looks or will translate to the screen. So as I started laying down my first few takes for the camera, I felt my body locking down. Forcing smallness. The sense of play and variety that had previously existed in my work disappeared.

Fortunately, I felt what was happening and reminded myself that I could still play on camera and that I didn’t have to “get it right” the first time. I reframed it as an opportunity to play and learn. By reframing and giving myself a chance to be in the moment, rather than worrying about the future and the final product, I entered my zone of creative genius. I gradually was able to discover a size of performance that worked without losing any of my range, connection, freedom or intensity. And that is something to celebrate!

My journey with on-camera acting is far from complete and that’s a good thing! In the meantime, I’ve re-connected with my innate knowing that creativity and freedom only lives in the present moment. In order to ‘arrive’ at that coveted performance, we have to allow ourselves to evolve and grow.

Tell me about it in the comments below.